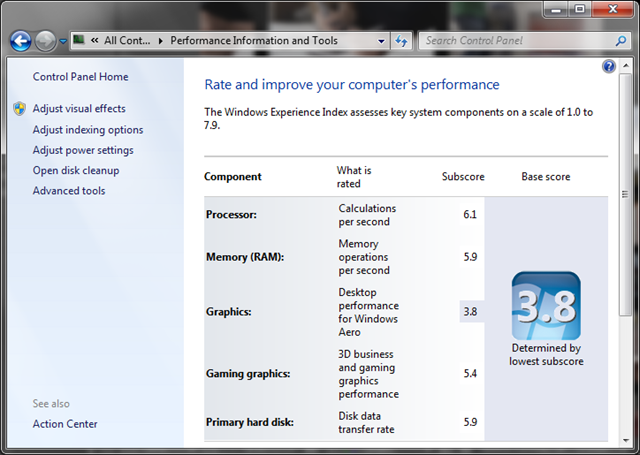 You can rate the performance of a Windows box to see how well it performs. You end up with a figure between 1.0 and 7.9 So that’s a useful scale then isn’t it? Why not between 1.0 and 6.9? That would at least be funny in a sniggering school boy sort of way. We have to resume that the software engineers at M$ are incapable of doing the rudimentary maths to convert this into a more logical scale.

Oh and another ridiculous thing, it won’t do performance tests on RAID arrays – you know, those things we put into computers to improve their, err, performance.

I suspect that if the Mac had a similar performance utility that it would run from 1 to 10,000,000 The 1 being based on an Apple classic from the 80’s.