I’m Going to Blow Up My House (NOT REALLY!) 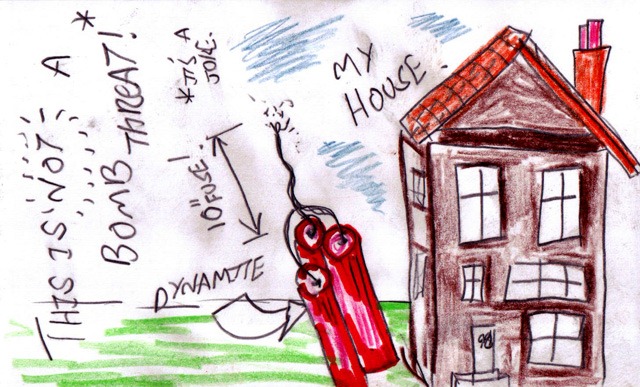 So Paul Chambers has been fined for his supposed Twitter “Bomb Threat” on Robin Hood Airport. That seems sensible eh? On the basis that we are now taking everything everybody utters as the absolute truth I think the police should be arresting the guy in the current BT  118 commercial who states:

Seems like an open and shut case to me, perhaps we should warn his boss? I think I leave the last words with George Orwell:

Whether he went on with the diary, or whether he did not go on with it, made no difference. The Thought Police would get him just the same. He had committed? would still have committed, even if he had never set pen to paper? the essential crime that contained all others in itself. Thoughtcrime, they called it. Thoughtcrime was not a thing that could be concealed forever.

You can read more about Paul Chambers here.