The 3×3 Project – The Secret Garden Party 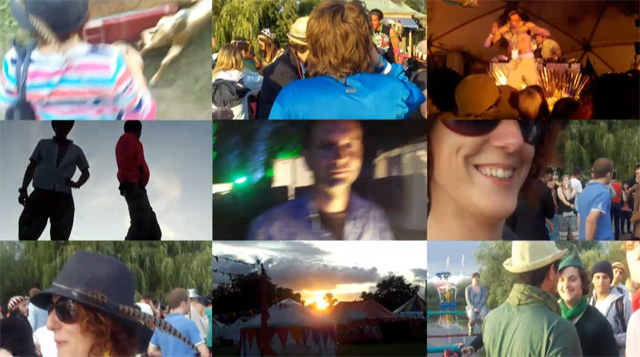 Footage of The Secret Garden Party 2009, edited in a way to emulate the feeling of actually being there.

I’ve been trying to work out how to capture the madness of going to a music festival like the SGP, without drifting into the usual “musical montage of pretty pictures.” Here it is in all its chaotic glory.

The orginal audio is mixed into 5.1 with the sound from each image panned into 3D space. The result is either a chaotic aural mess or a beautiful soundscape, or both. I’m still not sure which.

This version has been downmixed into stereo, but you still get the general idea.

Shot with a Kodak Zx1.
Edited with After Effects.