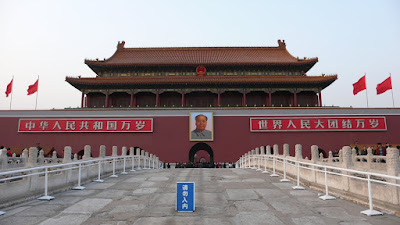 There’s that bloke again, he seems to be everywhere.. 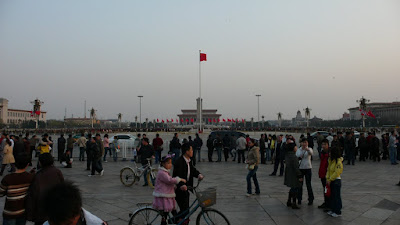 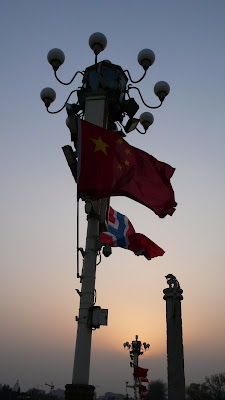 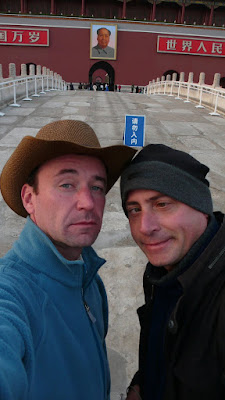 Just after taking this a squadron of soldiers marched out the front doors and ushered us out of the way in comedy fashion. Actually I’m not sure they thought it was very comic but the throngs of people around us did. It turned out that they were doing some changing-the-guard, lowering-the-flag ceremony.

Is it me or are those military ceremonies almost terminally boring? I mean, what sort of people actually enjoy the changing of the guard and such like? Tourists I suspect, duped into thinking something exciting is going to happen. “Ooh look, men with guns and pointy hats all walking in unison.” There’s an aquatic version of that. It’s called synchronised swimming and you can’t tell me anyone takes that seriously.

Anyway, I found it all rather reminiscent of that Monty Python “Marching up and down the square” sketch. I half expected one of them to try and get out of it with the excuse “Actually I’ve got rather a good book to read.”